A changing climate is expected to change the seasonality of crops, largely affecting farmers’ production patterns and yearly cycles. This impact on crops also includes maple syrup production, according to a new study from Dartmouth College. 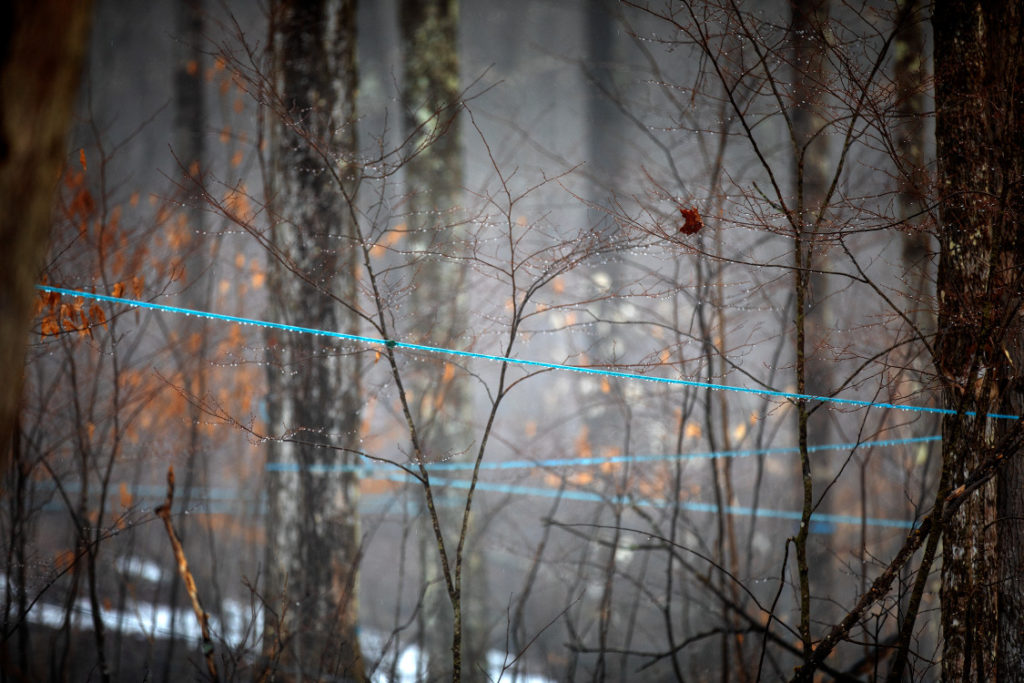 New York alone taps over 2 million trees, and its maple products were worth over $30 million in 2017.
Jason Koski / Cornell University

Maple syrup production is especially dependent on temperature, and even in the best conditions has a very short seasonal window. Syrup quality is dependent on two climatic features: sugar content and sap flow. Sugar content is controlled by the previous season’s stores of carbohydrates, while sap flow has to do with temperature change (freeze and thaw) during the spring. With global warming caused by climate change, researchers found that the window for tapping trees is likely to experience large flux.

The study evaluated the impact of global warming on maple syrup production. Researchers observed six locations in the U.S. and Canada over the course of six years. Every day of the tapping season, the research team collected and analysed sap samples from 15 to 25 adult maple trees spanning from Virginia to Quebec. They then cross referenced the samples with temperature data from that day and from the previous year. With this data, the researchers were able to observe fluctuations in seasonal windows across years and latitudes. To further investigate maple production changes, the team used climate models to predict what maple syrup production will look like 80 years from now.

This study concluded that most of the sugaring seasons lasted fewer than 45 days and peaked in March for most of the sites. More importantly, the models predicted that by 2100, the maple syrup season will come a whole month earlier than it does now. The southern geographic regions, like the groves in Indiana and Virginia, will likely be unable to produce much sap while the northern regions like Quebec are expected to produce more than they currently do.

“As the climate gets warmer, the sugar maple tapping season will shrink and will get closer to a December date,” David Lutz, co-author of the study and professor of Environmental Studies at Dartmouth College, said in a statement. “Maple syrup producers may want to consider adapting their technologies and collection logistics in advance, so that they are prepared for how climate change is going to affect production” said.

To learn more about the effects of climate change on maple production, read the full study on ScienceDirect.

Anna Birn is a junior studying Agricultural Science with a minor in Community Food Systems. She works as a student assistant at the Cornell Small Farms Program, supporting its communications and outreach efforts.
Posted in Forestry & Agroforestry, News and Updates, Stewardship
Scroll To Top