Has New York Found the Secret to Linking Retiring Farmers and Eager Upstarts?

Connecting retiring farmers and young upstarts is just the first step of a newly expanding statewide program — funding, access to markets, and a community of support help complete the picture.

“Josh had 65 head of cattle and draft horses and pigs and chickens,” Gordon said. “We had two trucks and trailers going. We were moving cattle until eight o’clock at night.” 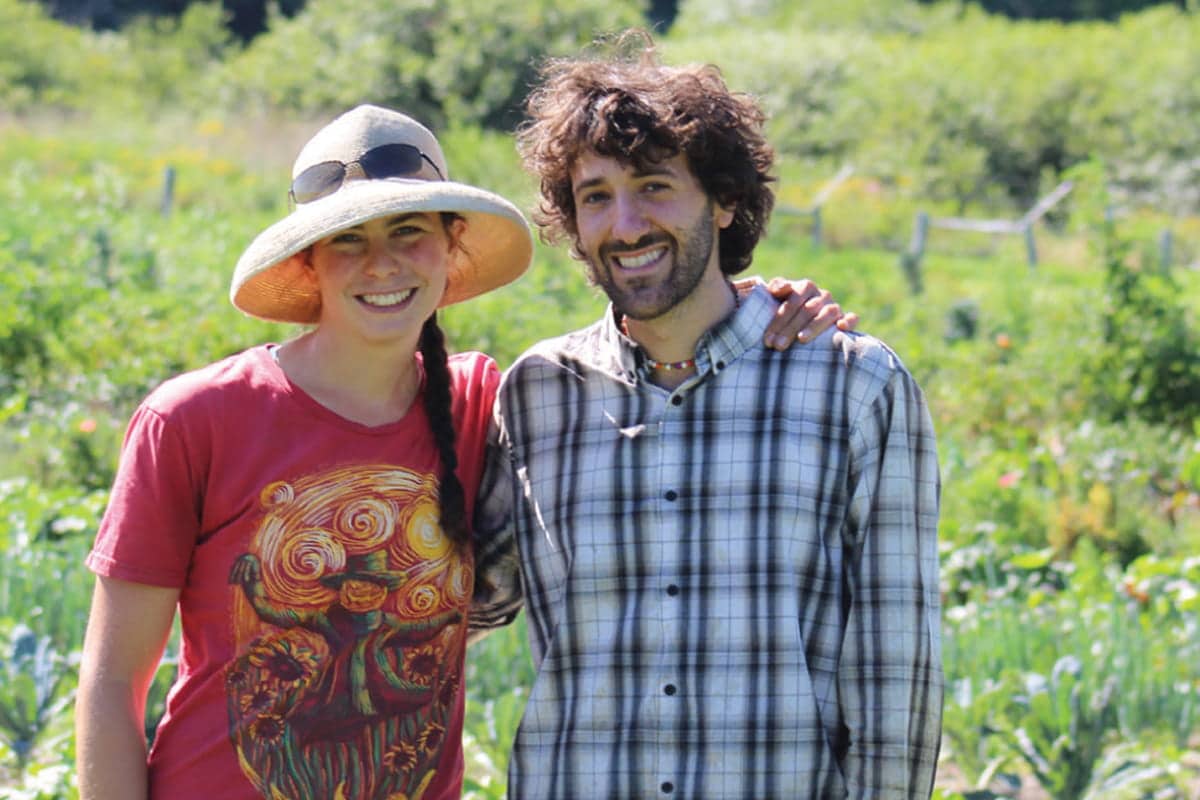 Gordon, 64, was happy to help, because after listing his farm on Craigslist in cities around the world — from Boston and New York City to Miami, Seattle, and Hong Kong — and trying various land-linking websites, he had finally found a young farmer he felt he could trust to steward the land he had been planting and grazing on since 1983.

Rockwood was committed to organic practices and to building soil health via rotational grazing, just like Gordon. “The preservation part was key, and I wouldn’t have sold if it wasn’t a part of it,” he said.

Gordon and Rockwood represent two groups of farmers that are especially important to the future of American agriculture: those who are aging out of farming and have land to sell, and those who are young and hungry for land.

Helping these two groups find each other in order to make sure the land stays in farming has become a hot-button agriculture issue. The average age of the American farmer is now hovering around 60 (it was 58 at the time of the 2012 census). As a result, a significant amount of farmland will change hands in the next decade — and that crucial, often delicate transfer has become the focus of many “land linking” services across the country.

The program that linked Gordon and Rockwood — Hudson Valley Farmlink Network(HVFN) — is being held up as a model of success by many organizations and advocates, and its approach will now be implemented across New York State. Last October, the national group that launched HVFN, American Farmland Trust (AFT), announced a new land-linking program called Farmland for a New Generation New York, funded by $400,000 in state funds for the first year as part of a larger state investment in farmland protection.

“This [comes] out of a researched effort to make sure that we are meeting the needs of farmers across New York State,” said AFT’s New York state policy manager, Samantha Levy. “We’re really taking the lessons from Hudson Valley Farmlink Network and applying them statewide.”

Those lessons can be boiled down to a few key points: While listing land owners and seekers is important, it’s adding boots-on-the-ground work to that service that really makes the magic happen. That kind of connection requires significant funding, however, which is usually lacking.

The Limitations of Land-Linking Programs

At face value, the idea is simple: create a database where people looking for farmland in a particular region and people selling it in that same area can find each other.

There are highly regarded organizations across the country that have done exactly that — like California FarmLink, and New England Farmland Finder— while also providing land access resources like workshops, loans, and help with leases. The farm-link programs across the country have had varying degrees of success, though, because matching a farmer to land is much more complicated than it seems.

“I hear a lot of ‘I’ve got this farmland, why can’t I find young farmers to buy it?’” said Holly Rippon-Butler, land access program director at the National Young Farmers Coalition(NYFC), noting that a lot of land that changes hands doesn’t even go on the market, and finding out what’s available is just the first step. On the other side, she hears, “‘Okay, there’s land, but does that land have irrigation? A barn? Housing? What’s the soil quality like?’ There are all these factors that start to narrow down the pool.”

For all of these reasons, the little research that has been done on land linking programs shows limited success. In one 2014 study on 17 programs in the Northeast, the majority of land seekers rated the services as helpful, but only 7 percent actually secured land through a program. And most of the programs reported that they typically make fewer than 10 matches per year. 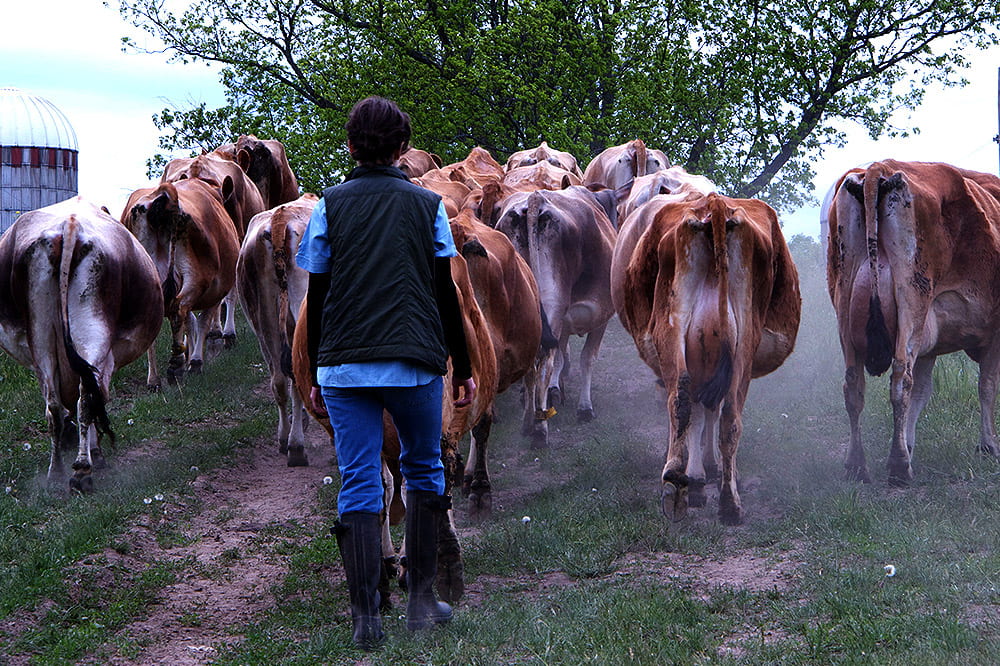 Seasoned experts like Kathy Ruhf at Land for Good, who has been working on the issue for about 30 years, cited similarly low numbers. “I have a database of about 60 [land link programs],” she said. “If we were to say ‘How many farms got hooked up with farmland on all of those?’ I would say a couple of dozen.”

Plugging in to Resources

The Hudson Valley Farmlink Network, on the contrary, says it has made close to 150 matches over four years, and advocates in the space point to it as a uniquely successful program. The special sauce is not in the network’s website itself (although some farmers did say it was more professional and easier to use than other similar sites), but in the way that individuals at local organizations bring the program to life.

Lee Hennessy, for example, was engaged in a long, frustrating search for land to house their goat dairy in upstate New York. They found the 46-acre farm they’re now running using the HVFN farmland finder, but when they first went to see the site, Hennessy didn’t think it would work. “I didn’t like that it’s all on the side of a hill, there’s no room for hay,” they said. “I was like ‘I don’t think this is for me. There’s so much I need to put together for this,’ and I couldn’t see it working at the scale I want.”

Hennessy was discouraged, and ended up on a farmland bus tour organized by the network. While they didn’t find new property on the bus tour, it introduced them to a world of resources, like fellow farmer Tim Biello, who runs the network and offered advice that led Hennessy to reconsider what was possible on the original property.

Those new connections also led Hennessy to the Hudson Valley AgriBusiness Corporation, which helped them access resources; Dirt Capital Partners, which purchased the land and leased it back to them with the option to buy in the future; and GrowNYC’s FARMroots program, which provided mentoring and legal help related to the leasing process. Suddenly, Hennessy said, it was like they had a whole team working for them.

Hennessy officially established Moxie Ridge Farm & Creamery in early 2017 and is now raising goats, pigs, and chickens. Recently, they snagged a spot at the coveted Union Square farmers’ market in New York City, thanks to the relationship with FARMroots.

“Once you find these organizations, it’s a tight-knit community of people who seem to work tirelessly to try to make this stuff happen,” they said. “It’s why I think the AFT project is such a big deal—they have the resources to support that.”

‘Navigators’ on the Ground

Building on that idea, $200,000 of the state funding for Farmland for a New Generation NY will go toward giving local organizations, dubbed “regional navigators,” more resources to interact with farmers and landowners.

“So much of this work is one-on-one work. It needs these navigators on the ground visiting farms with beginning farmers, doing the financial analysis to make sure they can afford it, helping them write a lease, etc.,” said Christopher Wayne, the director of FARMroots, which trains and supports beginning farmers — especially immigrant farmers — in and around New York City.

Wayne is hoping FARMroots will be named a regional navigator because the additional funding “will allow us to expand and increase that one-on-one support,” he said.

Organizations like FARMroots are especially essential to the success of HVFN because they help bridge the gap between what retiring farmers want to be paid for their land and what younger farmers can afford.

Both Rockwood and Hennessy, for example, were able to secure their land by working with impact investment groups — Local Farms Fund and Dirt Capital Partners, respectively — that bought the land and leased it to the new farmer long-term, with options to buy down the road.

FARMroots often helps land seekers find those groups. It also has its own program to help farmers access capital: It works with microlending platform Kiva to get beginning farmers zero-interest loans, of which the organization contributes 30 percent from the get-go.

Many of the other organizations involved in HVFN—such as Orange County Land Trust and Columbia Land Conservancy also work on conservation easements, another tool for getting land owners a good price while making it more affordable for seekers.

Making Matches Across the State

All of these elements could seemingly come together across the state and in other areas across the country to duplicate the model. But Ruhf said it’s also important to remember that the Hudson Valley is a unique locale for many reasons. Its proximity to New York City means resources (like impact investors and a plethora of organizations) and customers (via farmers’ markets, CSAs, and restaurants) are close by. Land is more expensive than in other parts of the state, but off-farm jobs are also more available. 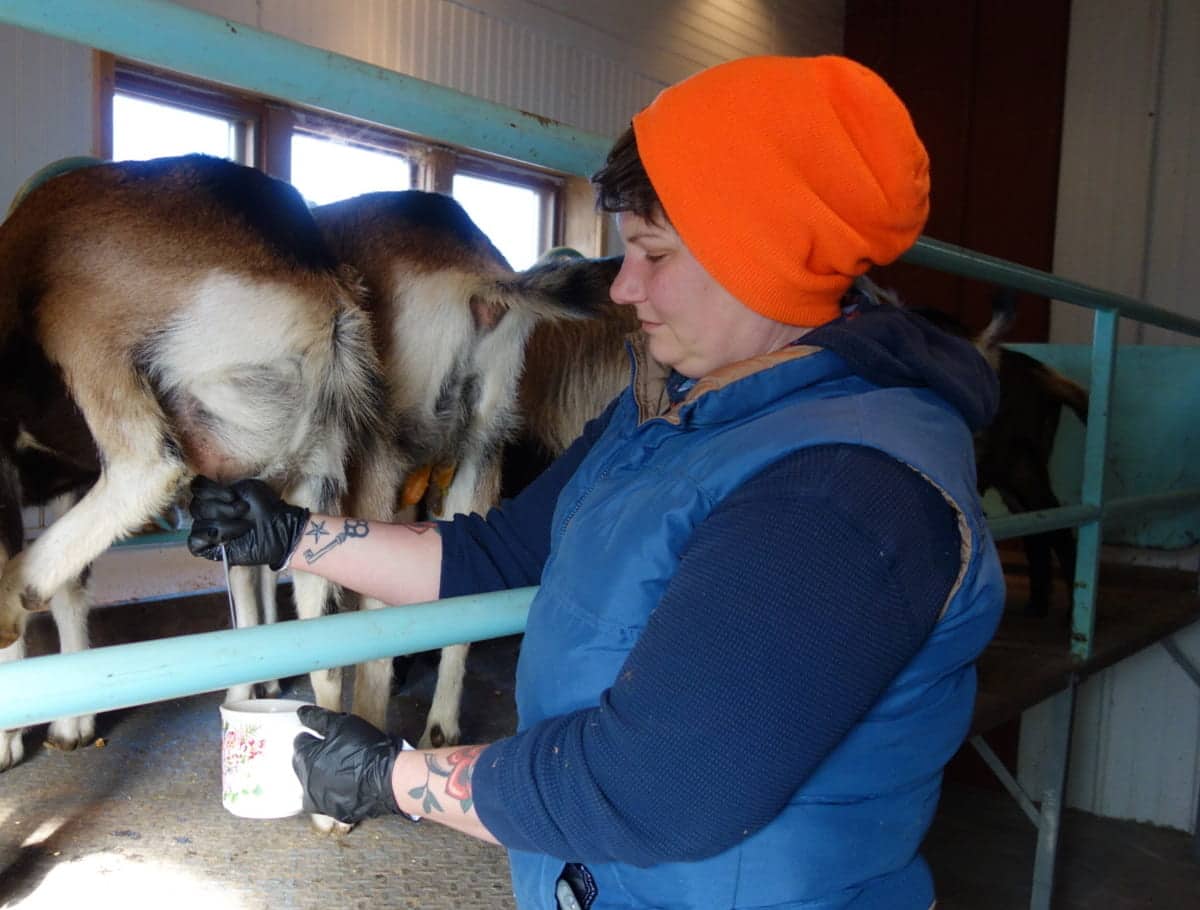 Take Kama Docoure as an example. Docoure is a farmer from Mali who completed the FARMroots training program and an internship at Glynwood, a Hudson Valley nonprofit that focuses on saving farming in the Northeast, where staff helped him create a profile on the HVFN. Doucoure has been limiting his search to properties that will work for vegetables and livestock and that are within about an hour’s drive from NYC, where his wife works. After one property fell through, he was feeling optimistic about another. “I’m keeping my fingers crossed,” he said.

Farmers across the state will be doing the same as Farmland for a New Generation NY kicks off.

This article was original published by Civil Eats, an excellent online resource for agriculture and food system articles, on January 8, 2019. Visit www.civileats.com for more stories about the American food system.

Nina worked as a student intern for the Small Farms Program in 2019. She is a 5th year undergraduate student pursuing an independent major in agroecology in an effort to gain a nuanced view of the social and scientific sides of agriculture. She hopes to work to aid small farmers in adopting agroecological growing practices.
Posted in Small Farms Quarterly