By Ulf Kintzel
Fall is here and once again we have to decide how long our pastures should be grazed without negatively affecting next year’s growth. In this article I will talk about my experience of when to stop grazing and when to resume in the spring.
Before I begin, I need to mention that I raise “only” about 2.5 ewes and their lambs per acre. While my carrying capacity is indeed higher, I choose to be at the lower end of what I can raise on my farm in order to be able to stockpile pasture in August and September for early winter grazing, to grow my own hay, and to not run out of grass during the growing season, even if growing conditions are less favorable.
As we approach fall, conventional wisdom is to let pasture rest so that it can store reserves in its roots and to leave residual, to not graze it too short. The residual, which becomes residue over the winter, will be needed to help it green up earlier in the spring. The former premise to allow grass enough rest time that it can store energy in its roots is undoubtedly true. Leaving enough residual is equally important for that reason. Stockpiled grass has lots of time to store energy anyway. In fact, I move my sheep for a few weeks in the fall to graze hay fields at a couple of neighboring farms. However, I come back to each part of the pasture when it has gone truly dormant in November and December and into January. This time of year, grazing closer and leaving residue is not a concern. Once truly dormant, closer grazing does not affect my pasture’s green up in the spring negatively. However, since the dominant grass species in my pasture is orchard grass, the sheep never graze anything really close to the ground and will always leave some residue while I continue to graze rotationally until the last cell is grazed in late December or early January. So my pasture never does look short like a lawn or golf course.  If you do rob your pasture of all residue during the winter months you may indeed have a later green up in the spring. 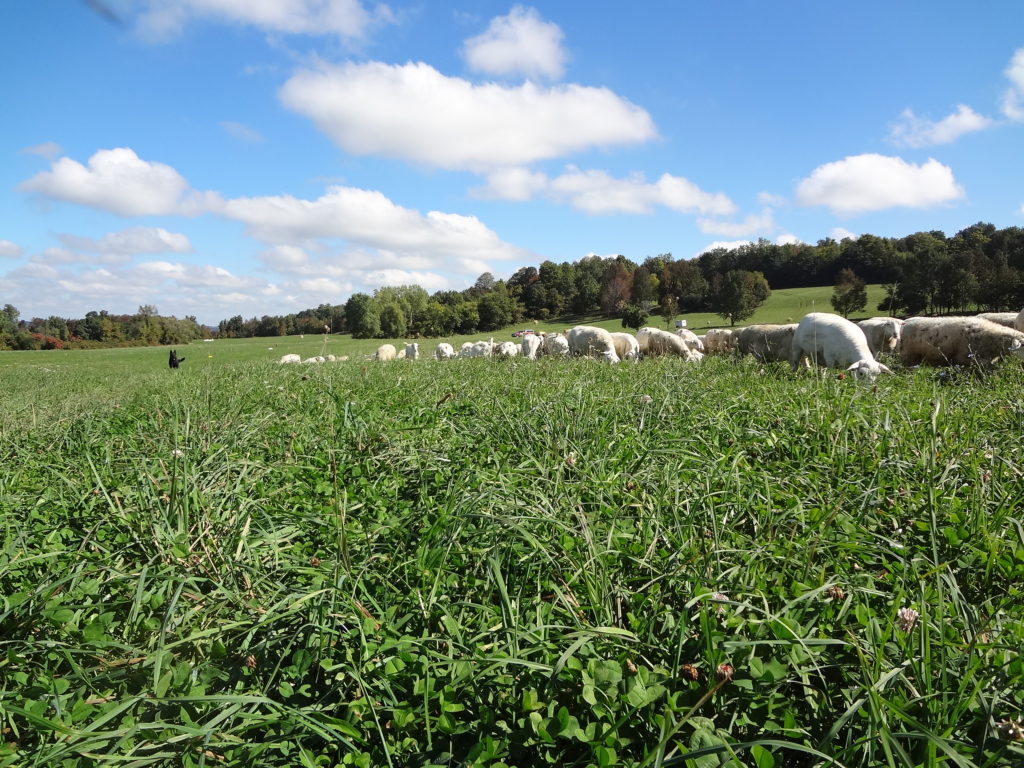 A fine day for grazing.