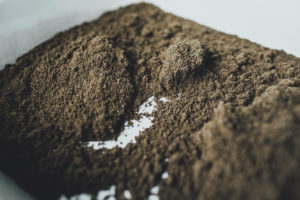 A new species of soil bacteria, discovered by Cornell University researchers, is particularly adept at breaking down organic matter, including the carcinogenic chemicals that are released from the burning of fossil fuels. This property means it could help clean up contaminated soils, as well as serve as a key player in the soil carbon cycle.

“We know remarkably little about how soil bacteria operate,” Dan Buckley,  professor of microbial ecology, told the Cornell Chronicle. “Soils, every year, process about seven times more carbon than all of the human emissions from cars, power plants, and heating units all over the world, just in their natural work of decomposing plant material.”

Buckley noted that even small changes in soil management can make a big impact on climate change.

Looking forward, the researchers want to learn more about the symbiotic relationship between bacteria and forest trees. Understanding how bacteria break down the carbon in soil could hold the key to the sustainability of soil, and the ability to predict the future of the global climate.

Buckley and his team named the new bacterium ‘madseniana’ after the late Gene Madsen, the microbiology professor who started the research. Madsen passed away in 2017, before he could confirm the discovery. Read more about the bacteria in the Cornell Chronicle.

Posted in News and Updates
Scroll To Top