Connecting growers to new markets is a key part of the Cornell Cooperative Extension (CCE) mission to bring economic vitality and social well being to New York State. 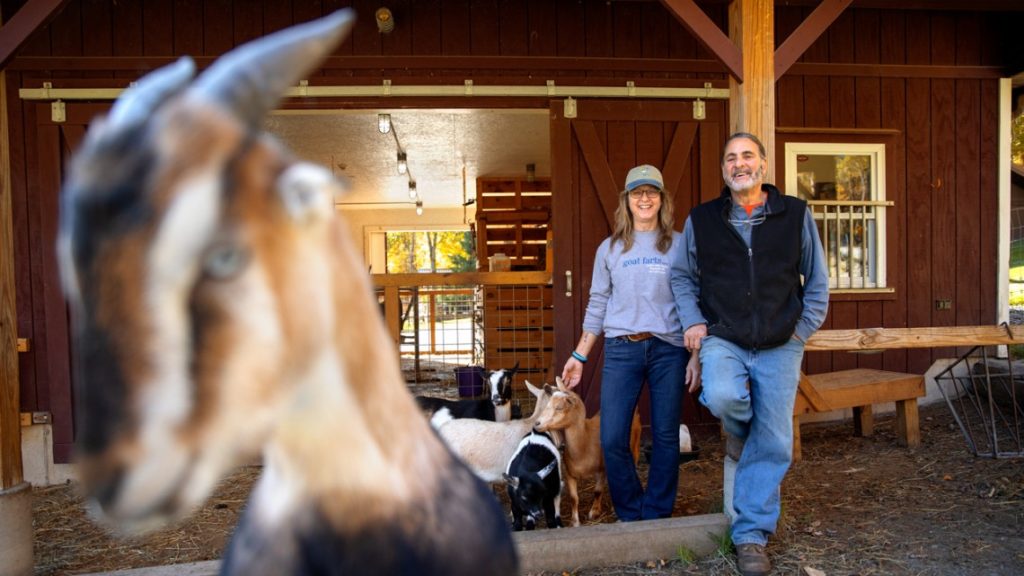 John and Dawn Alfano, owners of JADA Hill Farm in Deposit, New York, with some of their Nigerian dwarf dairy goats. The Alfanos’ sales at Taste NY stores of hand-made goat’s milk soaps and creams, and other products, have offset the cost of running the farm.
Jason Koski / Cornell University

One of these markets is the Taste New York program, which features locally grown and made products including everything from maple syrup and fresh apples to local pottery and cosmetics at various locations across the state. Taste New York was started in 2013 by Governor Cuomo, and continues to run under the supervision of NYS Department of Agriculture and Markets. By gathering these diverse stakeholders like local producers, governing bodies, CCE and consumers, the Taste New York stores have been a great success.

They provide the connection between consumers looking for locally sourced products and producers trying to find economically viable and robust markets for their goods.

“People care about who grew their food, where they grew it and how they did it, and here’s a mechanism to connect the two,” Richard Ball, NYS Department of Agriculture and Markets commissioner, told the Cornell Chronicle regarding the synergies between CCE and Taste NY. “Because extension is in every county, they know the farmers, they know the regions, they know their needs.”

CCE helps connect farmers from each county to these centralized locations around NYS where their value added and niche products find a booming market. For farmers, Taste New York provides both a continual market where a premium may be paid for NYS products and an advertising space which further promotes local operations and connects them directly to consumers.

Dana and Laura Putnam, who run Finding Home Farms in Middletown, NY, are excited about the growth in sales they’ve seen since CCE Dutchess County connected them to Taste New York. The Putnam’s specialty maple products currently have 10 times more wholesale customers than before they began partnering with Taste New York. The collaboration between CCE and Taste New York promises a bright future for local consumer-producer connections.

To learn more about CCE’s connection with Taste New York, read the original article published by the Cornell Chronicle.