Small Farm in the Big City

by Regina A. Bernard-Carreno
My grandfather was an “urban farmer,” in the city of Georgetown, Guyana. He farmed to eat, to feed others, and to supplement his income as a worker in the Guyanese sugar estates.  He grew things out of necessity and scarcity. Whether he found pleasure in its tremendous labor remains cryptic, but we know he enjoyed preparing meals from his garden for his grandchildren. The popular marketing tool and frenzy that is today’s “organic” would probably have tickled him; because for him and his generation, there was no other way to grow food if you had the space and ability. He would have been completely saddened by the fact that “organic” has become inaccessible among the poor and has instead, become a term that is generally applied to “upmarket” folks. It would have been extremely disheartening to him that the movement towards good food still has racial, socioeconomic and class-based camps, just as it had during early colonialism. He would have been stunned that people of color have become disconnected to their food histories, and in some places, have landed in the largest group of unhealthy eaters. 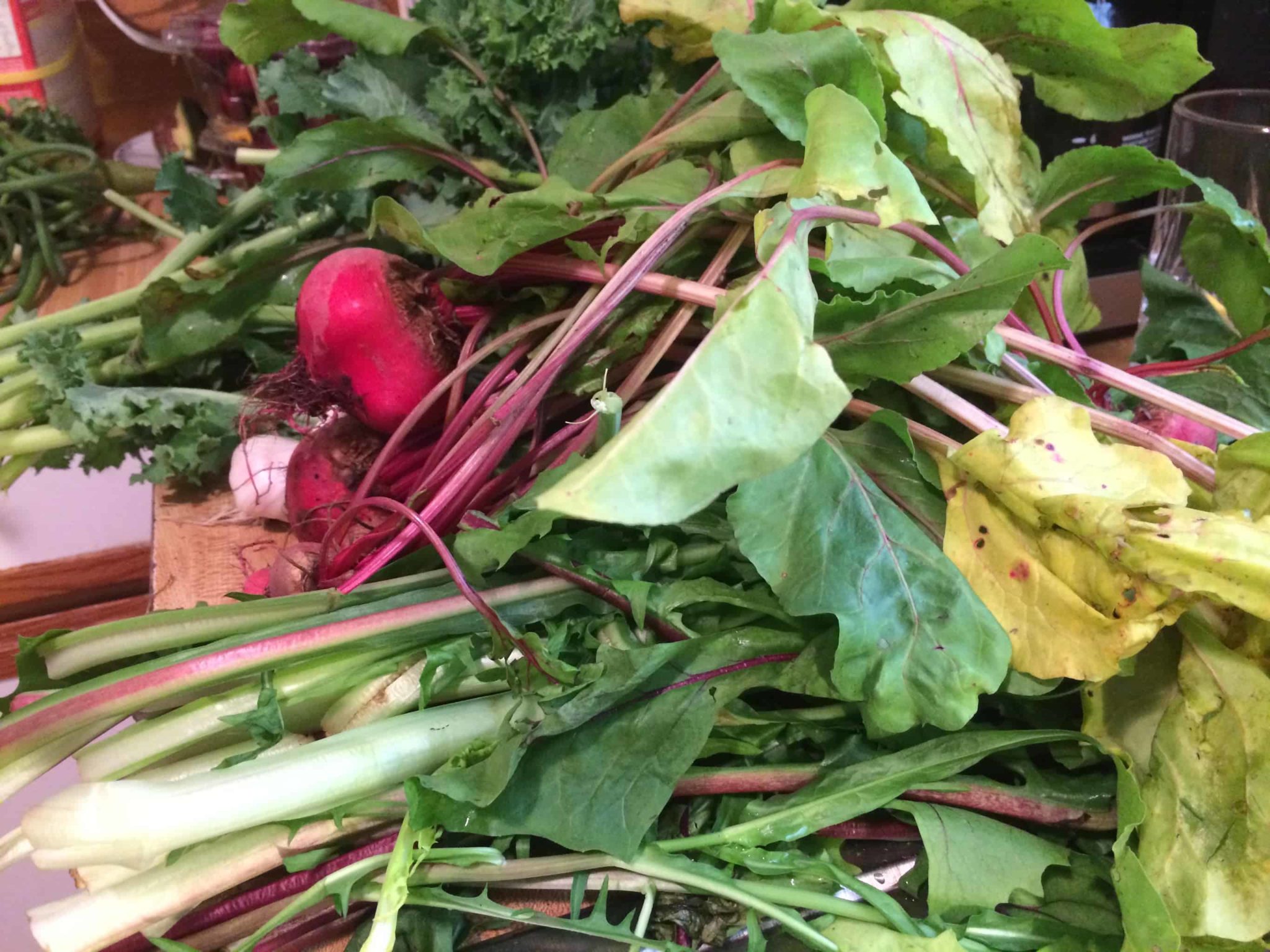 Decision-makers have often sparred with the idea that low-income communities who do not have access to options only need basic fruits and vegetables, regardless of how much spray, wax and mold it might have seen on its way to their supermarket. The attitude is “at least they have something.” The reality that “quality produce” is both accessible and intellectually affordable to everyone is simply untrue.  For communities of color whose ancestral history has much to do with growing food (now a foreign object) access to “something” is simply not sufficient. Many small, local, farmers know this dilemma well, and their distribution to these ailing communities is a work of community activism.
Shoppers at farmer’s markets in affluent neighborhoods appear so focused on the experience. By nature of human behavior, people dig around for the “best looking” item, pick and pull at the produce, and if perplexed they could literally engage the grower of said item, in a conversation. My neighbors had no one to ask questions of, and if you did find someone, chances are, they only manipulate money and have no clue about anything grown, offered, or for sale at their shop, stand or otherwise.  I began to wonder how it would be possible to bring an option of healthcare into the community instead of us supporting other communities in their approach to better health with no equal benefit. How could a simple bunch of beets and their tops connect us to a larger discussion about our quality of life? Answer: by bringing the farmer who grew the beets right into the middle of the conversation. The problem with this “simple” idea however, is that the fight for food access in communities like ours, and so many other similar places, sits so incredibly low on the totem pole of structural inequality.
When our almost 2-acre green-space in Elmhurst Queens was taken from our grasp by the city, before firm growing plans, I incessantly worried that a good food choice would never be ours.  Considering that many other neighborhoods had a similar food-choice access, and began CSAs as successful solutions, I began one too. The setback with this option is that most of the model CSAs easily recruit affluent community members who don’t need much convincing that weekly visits from a farmer are better than daily visits from the Ice Cream truck. With an overpopulated community like Corona, Queens suffering from the blight of low-wage jobs, high unemployment, immigration issues, and other financial woes, $500-$600 in advance for groceries unseen for 6-months is still an abstract and oftentimes ridiculous idea to many. If you’re a meat-eater, that single produce bill outright also seems like a joke. Most farmers we contacted didn’t want to take a risk of having a small farm share with an extremely small number of members. Most of them assured us that it would cost them more to come to our neighborhood than we would benefit. 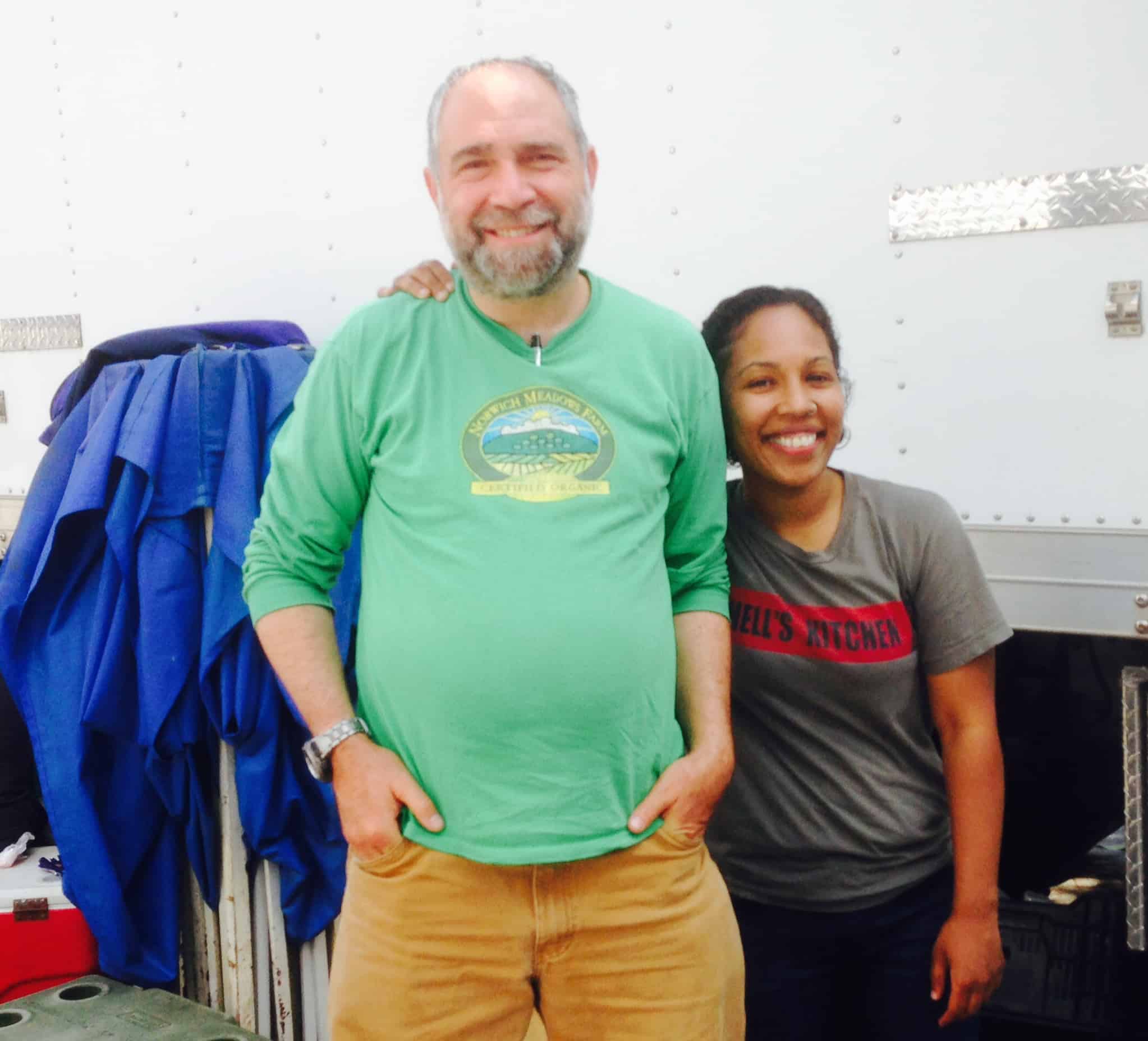 When we were introduced to farmer Zaid Kurdieh of Norwich Meadows Farms, I had no firm understanding of how a CSA would work in our neighborhood. Logistics with trucking, pricing, weather, and crop status felt completely foreign in such a neighborhood. In our first season, not a single member had enough money to buy an entire share (22 weeks and beginning in June with payment due the previous January). Families inquired about payment plans, weekly options, lay-away and other kinds of creative payment methods. Fundraising with my students throughout the semester, provided enough money to purchase a couple of additional shares for weekly re-sales.  Zaid gave us pricing options, and ideas for offering the shares to people in installments.  He also invited us to participate in his “weekly specials” primarily for sale to restaurants. While many members could not afford even a weekly share, we began taking special orders for items that the local supermarket would never dream of offering. They were our biggest competition, as they seemed “cheaper” and offered familiar products.
Our small membership couldn’t warrant delivery, and no site would host our distribution. Zaid introduced us to other CSAs who had similar issues during their initial run.  No big farm would have tolerated our unorganized but motivated structure—solely in the name of bringing good food to the people. Precisely because of the nature of his small-local farm model, Zaid understood that people would want to join at all intervals of the season, so together we created a “Fall Share,” a cheaper option than the full season, with sampling through the summer. My husband and I decided that we would take on deliveries to save money, and the labor of a single student. Every week, we drove to Manhattan from Queens and piled up our Honda with vegetables, fruit and eggs, so we could distribute from my mother’s backyard. This process allowed weekly, detailed conversations with Zaid, his wife, and his farmworkers.
Every week, Zaid taught me about a new vegetable, like kohlrabi which no one in the entire block could identify. We were eating things that reminded my mother of her childhood in Guyana like wax-free Kirby cucumbers. At the excitement of seeing peppers at his stand, I shared with Zaid that people were building a relationship with him through the food he was growing.  Without negatively gentrifying, we were certainly changing the conversation about food in the community. Each week, I felt inspired to continue building a small movement with neighbors but also reawakening the excitement of cooking in our own kitchens, and sharing recipe ideas. While finding comfort in the products we knew, there was excitement around discovering new products and learning how to enjoy them.
The first time quince was revealed in my weekly bag, I immediately sent Zaid a message and asked him what it was. It is this moment that I try and share with the larger public, in an effort to really make people understand why this kind of bond is vital. Although many of us are still dependent on our large supermarkets for even the most basic of groceries, we can now text, email or call the person who grew our vegetables and our fruit. My children are proud to tell their classmates that they have a farmer-friend that named “Uncle Zaid.” Our farmer-friend grows our vegetables and fruits, gives our chickens a fair life, shares our pedagogical philosophy, gives me raw honey to treat my preschooler son’s reactive airway, and whose wife sends extra tomatoes for my mother. What supermarket is going to do that?
Being in a relationship with a small farmer provides vocabulary for critical questions of the big food-suppliers in our neighborhood. As eaters, thinkers, parents, customers, and members of the community, we began to consider our weight in the fight for to quality food.
Dr. Bernard-Carreno teaches at the City University of New York/Baruch College. She teaches courses in food justice, Black & Latino as well as Urban Studies. She can be reached at 646.312.4440 and profbernard.nyc@gmail.com.