Since I was a young person, the forest has always captivated me as a place of quiet refuge, which led me to seek ways I could spend as much time outdoors as I grew up in the greater Ithaca and Finger Lakes region of New York. While my dream job in college was to be a wilderness guide, I ultimately recognized that the collective impact humans have imposed on the natural world and changing climate meant I needed to devote my energy to regenerating degraded ecosystems and supporting rural economics, which led me to farming and forestry. I spent time living and traveling in Oregon, North Carolina, Colorado, and Scotland exploring the ways humans built positive relationships to landscapes.

In 2005, I moved back to central New York and worked at a local nature center, managing the forest and teaching youth about trees and maple syrup. I also dove into many different farming adventures, including vegetables, field crops, livestock, maple syrup, and mushroom production. I discovered permaculture and agroforestry, which encouraged me to combine my love of forests and food and ultimately led me to meet others interested in these things, including Dr. Ken Mudge at Cornell. After taking his “Forest Farming” class I began co-teaching and then working on forest mushroom research, which launched my time at Cornell. We ultimately ended up co-authoring Farming the Woods in 2014.

In 2009 I met my wonderful wife Elizabeth through a workshop I taught at the urban farm she was running in Washington DC, where we fell for each other over a common interest in swimming, biking, beer, and good food. It was through her that I saw another dimension to this work, which includes the need to address social inequities and injustice that is prevalent in our society today. We both strive to explore and challenge the intersection of people, nature, and social justice in our work and at home. We started Wellspring Forest Farm in 2012, which is 21-acres on the traditional lands of the Cayuga (Haudenosaunee) Nation. We aim to farm in ways that leave a forest in our footsteps, caretaking the healthy woods and reforesting the fields as we raise mushrooms, make maple syrup, raise pastured sheep and ducks, and grow a number of food crops for ourselves. We are grateful for each day and the opportunities we are given to help support others to get into farming. 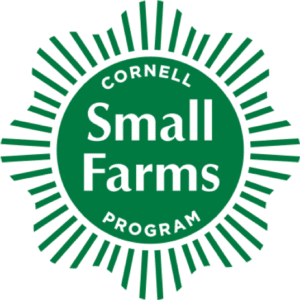 To start your subscription and start receiving content, you will need to complete our full sign-up form on the following page.