“Sampling” App Cuts Costs in Fight Against Pest and Disease

Determined to increase the efficiency of monitoring pest and disease pressure for farmers, Cornell researchers have used field research to develop a new app called Sampling. Sampling aims to aid growers in the timing of their pesticide and fungicide applications, through the creation of action thresholds, or the limit when the cost of control is equal to the damages caused by the disease.

After working with growers in New York State,  Daniel Heck, a postdoc in plant pathology, found significant obstacles for growers to successfully assess the disease and insect prevalence in their fields, from the amount of fields to survey to a shortage of decision-making tools. Ideally, a grower would only apply a pesticide if the pest’s prevalence is significant, which means the grower could reduce spending on spray products. Given the harmful effects of pesticides and fungicides on agroecosystems, the formation of the action threshold would lead growers to bestow less damage on their land and the surrounding environment.

As the app seems to have plenty of potential in dramatically improving the lives of farmers of New York State, one might wonder how the app actually works? When in the field, growers can select a random area to sample from and enter the number of infected individuals per sample site. The app can detect if the disease presence is significant enough to warrant spraying. 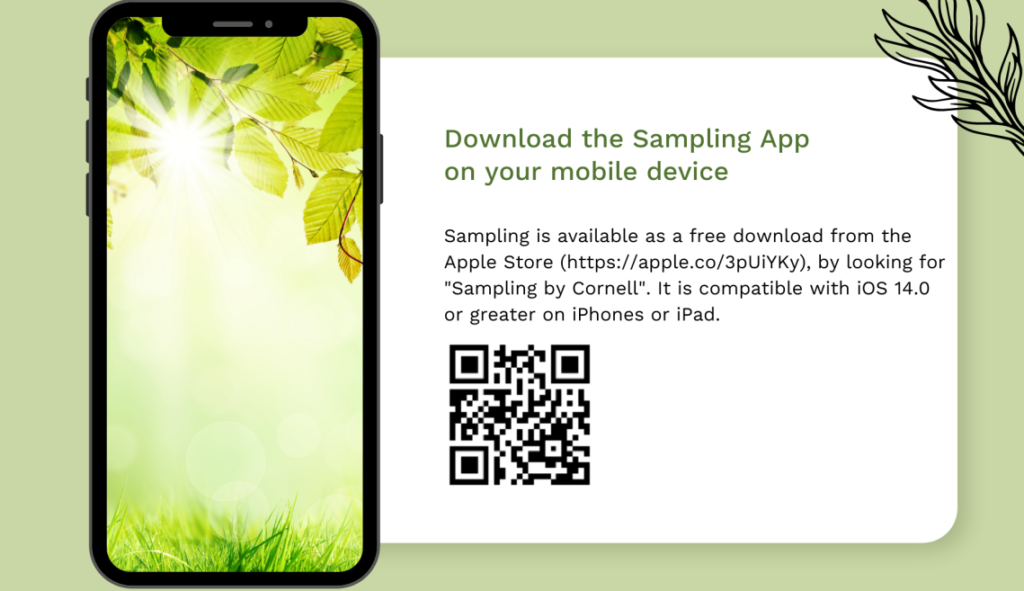 You can download the app by pointing your phone at the QR code shown above.

Sampling uses algorithms derived from pest management research, especially work from Cornell AgriTech’s Jan Nyrop, a lead researcher in the field of sequential sampling–techniques used to save time in scouting for pests and disease.

At the moment, Sampling contains the sequential sampling plans for Cercospora leaf spot disease, but hopes to serve as a reservoir of knowledge for other pests and diseases such as Stemphylium leaf blight, and potentially Fusarium wilt of bananas in the future.

The rapid development and changes in disease over short periods of time have resulted in a greater demand for apps like Sampling. In fact, the inherent dynamism of diseases in New York, such as Stemphylium leaf blight on onions, served as the most surprising aspect of Heck’s disease research.

Still, in some crops in New York, these changes in the pathogen population are incredibly dynamic and fast. The whole SLB (Stemphylium leaf blight) population can become resistant to a chemical in four to five crop seasons. This would typically take at least double this time in most pathosystems.”

Given the rise of increasingly potent diseases and pests across New York State, Sampling will play a critical role in sequential sampling strategies for years to come.

You can read more about the Sampling app at CALS News.

Posted in News and Updates
Scroll To Top