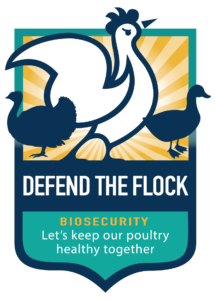 The U.S. Department of Agriculture’s (USDA) Animal and Plant Health Inspection Service has launched a new outreach campaign focused on preventing the spread of infectious poultry diseases in both commercial and backyard poultry. Considering the devastating impact of the highly pathogenic avian influenza outbreak in 2014-2015, as well as the recent outbreak of virulent Newcastle disease, the timing is right for everyone in the poultry community to work together to protect the health of our nation’s flocks.

The “Defend the Flock” campaign to promote biosecurity combines and updates two previous campaigns that were each targeted at a specific segment of the poultry population.

“While each of the previous campaigns were successful, by combining them and emphasizing shared responsibility, USDA will improve its ability to promote biosecurity and protect avian health across the country,” said Dr. Jack Shere, USDA’s Chief Veterinary Officer and a poultry veterinarian himself.

Having experienced several poultry health issues over the last couple of years, the poultry community knows how important biosecurity is to protecting the nation’s flocks.

“We’ve seen great strides in biosecurity since 2015, but biosecurity is an every day, every time effort,” said Dr. Shere. “To sustain good practices takes awareness, training and reminders – which this campaign is poised to do. Let’s all work together to defend our nation’s flocks.”

USDA launched a new web page for the campaign where anyone can find important information about protecting their flocks from disease. The site also has a resource section, including a series of checklists each covering specific biosecurity principles. Producers, growers, workers and enthusiasts alike can use these as regular reminders or cues for maintaining a high level of biosecurity.

These resources will be available in both English and Spanish at the launch, with additional languages coming in the next year. 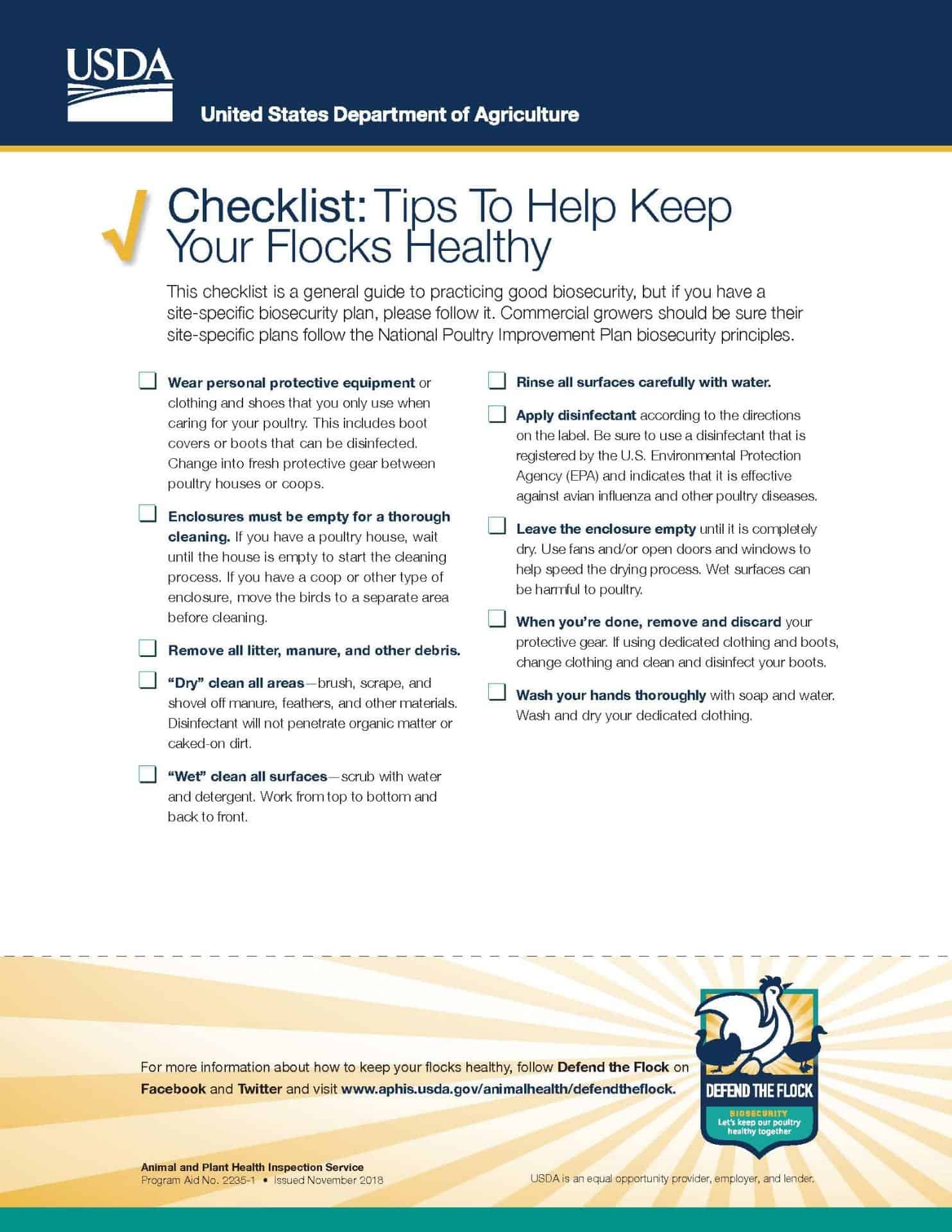 For more information please contact Donna Karlsons or Joelle Hayden. Their contact details may be found below.